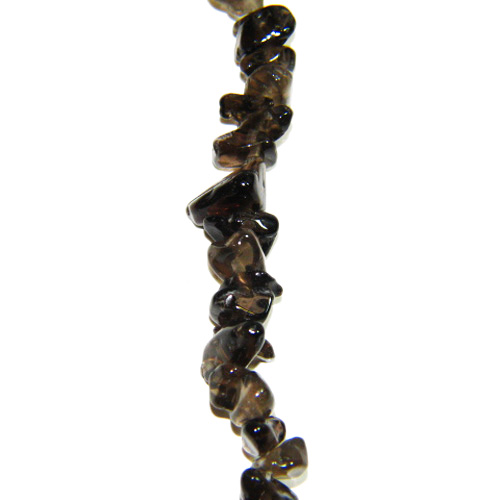 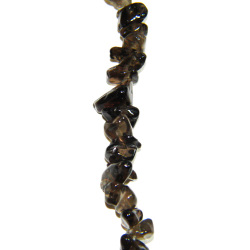 Length of strand averages 880mm, with each bead averaging 5 - 8mm in length.
Smoky quartz is a grey to brown, translucent variety of Quartz. It ranges in clarity from almost complete transparency to a brownish-grey crystal that is almost opaque. Like other quartz gems, it is a silicon dioxide crystal. The smoky colour results from free silicon, formed from the silicon dioxide by natural irradiation.
Smoky Quartz is believed to have the power to increase energy flow around the body, promoting healing and providing a solid foundation for spiritual and emotional growth.

Quartz is the second most abundant mineral in the Earth's continental crust, after Feldspar. There are many different varieties of quartz, several of which are semi-precious gemstones. In Europe and the Middle East varieties of quartz have been the most commonly used minerals in the making of jewellery and hard-stone carvings. Pure quartz, traditionally called rock crystal and commonly known as Clear Quartz, is colourless to transparent or translucent. Quartz is believed to enhance spiritual growth and awareness, while healing all areas of the body, mind and spirit. It is also believed that Quartz is helpful for retaining and storing spiritual information.