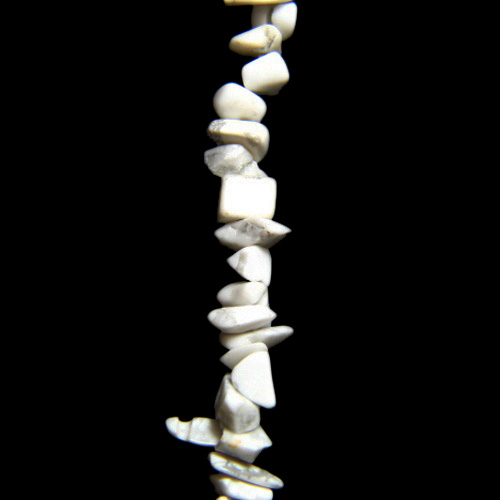 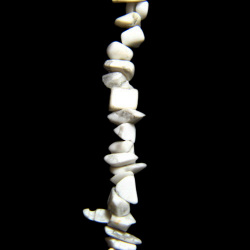 Length of strand averages 860mm, with each bead averaging 5 - 7mm in length.

Howlite is a borate mineral  found in evaporite deposits. Howlite was discovered near Windsor, Nova Scotia in 1868 by Henry How, a Canadian chemist, geologist, and mineralogist. The most common form of Howlite is irregular nodules, sometimes resembling cauliflower. Crystals of Howlite are rare, having been found in only a couple localities worldwide.

Howlite is commonly used to make decorative objects such as small carvings or jewellery components. Because of its porous texture, Howlite can be easily dyed to imitate other minerals, especially turquoise because of the superficial similarity of the veining patterns.

Howlite is believed by some to be an antidote for insomnia, and even assist in recollecting memories of past lives.