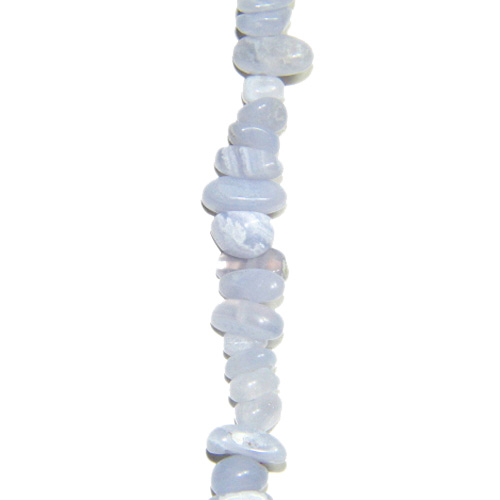 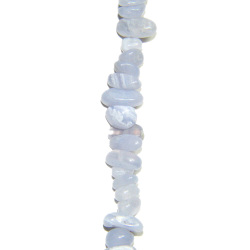 In stock:
Out of Stock

Each strand averages 880mm in length, with chips ranging from 6 - 8mm long.
Agate is a variety of silica, chiefly chalcedony, characterized by its fineness of grain and brightness of colour. Agate is believed to encourage acceptance and grace as well as promote healthy sleeping patterns and vivid dreams.

Agate is the name given to numerous varieties of banded Chalcedony, a mineral of the Quartz family. Its name comes from the Achetes River in Sicily, where Agates were first found. Usually banded in layers, or stripes, some varieties have "eye" markings, or specks of color, some have fossilized inclusions, and others are solid. Called the earth rainbow, the concentric bands of Agate form in nearly every color the earth can produce, including a colorless form. Agate is often dyed to achieve their beautiful colours. Agate is known to help enhance one’s communication as well as their analytical abilities. The believed “grounding energy” of Agate helps to make one feel secure and stable within their home, work and personal environments.