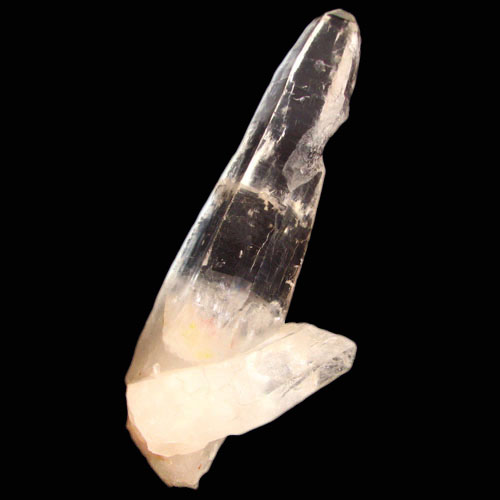 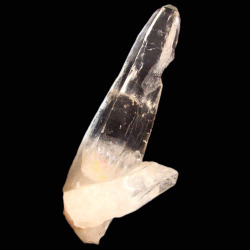 This large laser wand is of a very high clarity and also displays a bridge formation.

Quartz is the second most abundant mineral in the Earth's continental crust, after Feldspar. There are many different varieties of quartz, several of which are semi-precious gemstones. In Europe and the Middle East varieties of quartz have been the most commonly used minerals in the making of jewellery and hard-stone carvings. Pure quartz, traditionally called rock crystal and commonly known as Clear Quartz, is colourless to transparent or translucent.

Clear Quartz is believed to be an excellent healing crystal for all purposes. Being Clear it is made up of the whole colour spectrum enabling it to heal all areas.